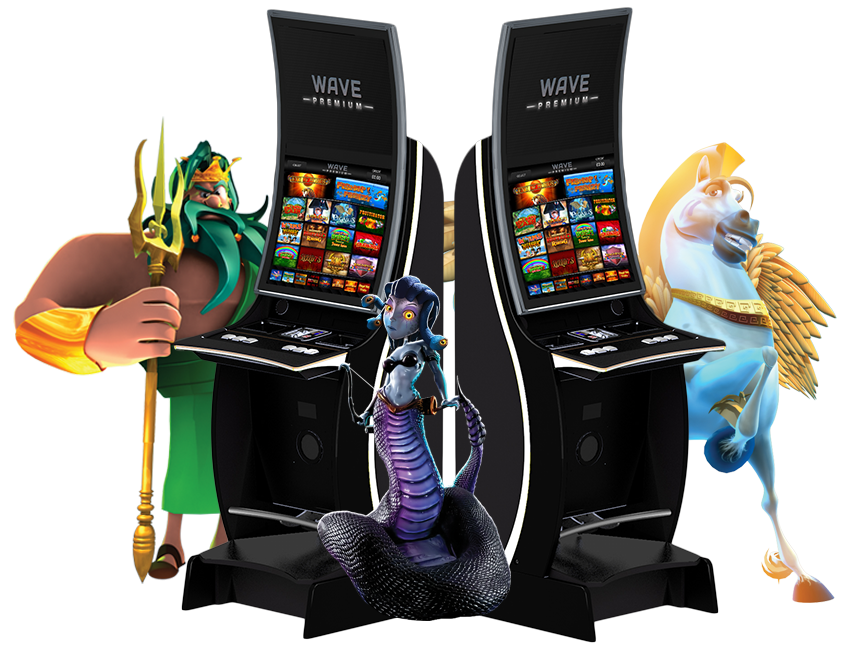 Blueprint Operations brought a touch of Las Vegas to its presence at ACOS, Olympia west London, with the launch of the much anticipated Wave Cabinet.

Making its world debut at the Autumn Coin-Op Show, the Wave features a visually stunning 43-inch curve screen and is aimed at B3 players across AGC and Bingo as well as the adult designated gaming areas within FECs. The Wave is TiTO ready, has a high impact 4K HD screen and like its Cat C sister cabinet, the Alphamax, which also debuted on stand 260, it features the Merkur MD100 Gold note recycler, a wireless pad for players to charge their phones and is powered by the Dual Core Quixant 6000PC, widely regarded as the best on the market.

Taking its inspiration from the curved screens that have proved a massive hit with players in Las Vegas as well as in Merkur’s broad geographical base of international markets, the Wave has been designed to make a striking visual impression, as David Purvis at Blueprint Operations explained: “We operate in a highly competitive environment in which players demand the very best gaming experience. The relationship between player and machine begins with its visual appeal and the curve screen represents a striking and powerful statement. Its ability to stand out among a sea of competitive products makes the Wave an ideal centrepiece attraction. The neon screen surround provides a high profile enhancement to its in venue credentials.”

Nicola Wallbank, Blueprint’s Head of Corporate Accounts, added: “As a leading brand and part of the internationally acclaimed Gauselmann Group we are at the forefront of cabinet design and development which involves constantly exploring ways of bringing new highlights to the player experience across all of the sectors that we are involved in. All of the feedback that we have received from the market points to the Wave representing a significant new playing experience which in turn will help grow revenue. The content pipeline will include games dedicated specifically to the Wave and will sit alongside successful and recognised games from the Blueprint library.”

Part of the ‘valuing the player’ philosophy, the Blueprint stand also featured the new Alphamax cabinet which caters for the specific needs of Category C pub, AGC, bingo and FEC players. The fulfilment of an intensive 12-month programme of R&D, the Alphamax combines outstanding design credentials which include the latest high definition end to end screens alongside advanced technical features including the Merkur MD100 note recycler.