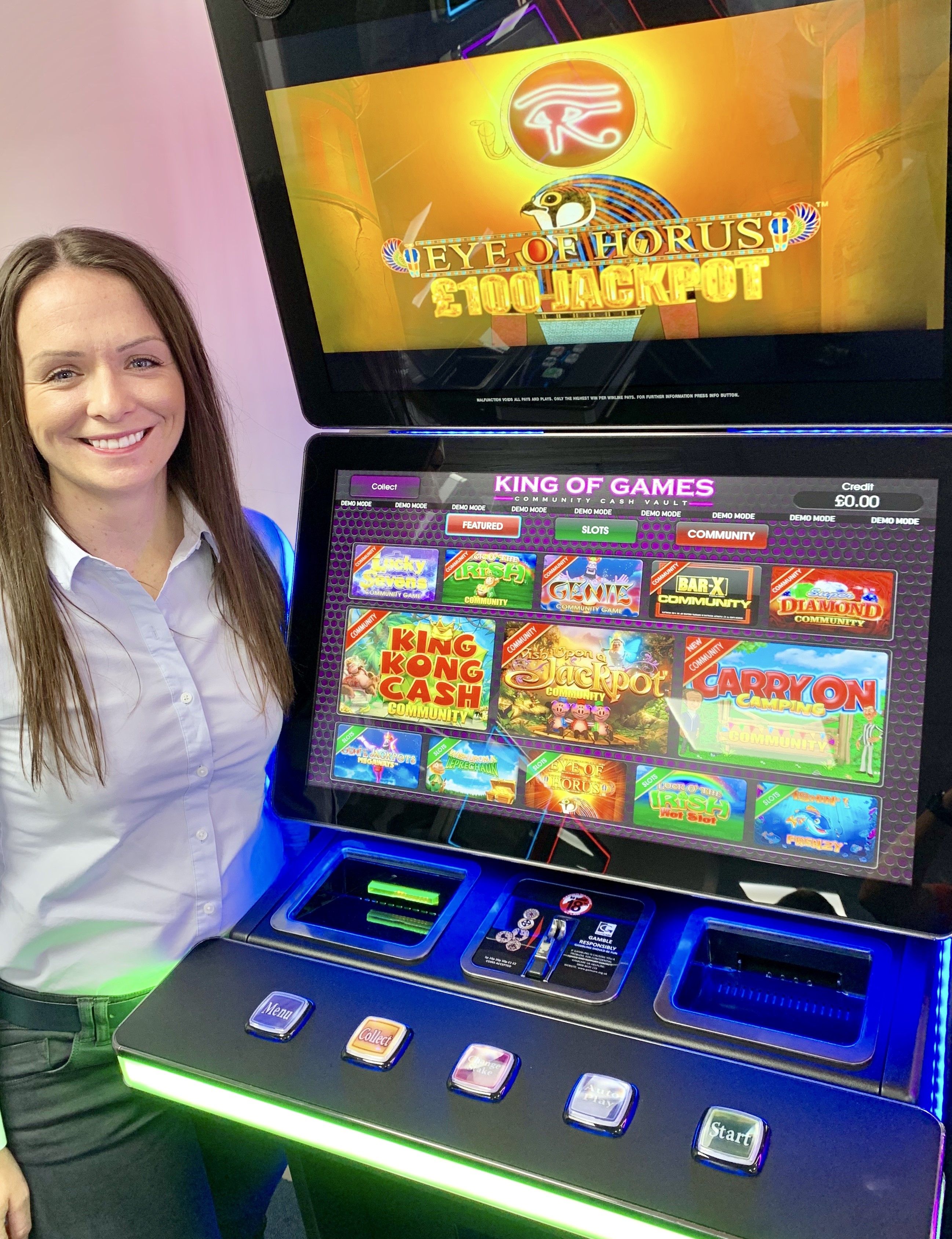 Blueprint’s preparation for the two big shows of 2020 could not be going better with significant orders already confirmed for the company’s Alphamax and Wave cabinets. Debuted to an expectant industry from the impressive Blueprint stand at ACOS, the launches represent a clear confirmation of Blueprint’s direction of travel as it looks ahead to EAG in January followed by February’s ICE London, the world’s biggest gaming exhibition.

Nicola Wallbank, Blueprint’s Head of Corporate Accounts said: “We could not have been happier with the feedback that we received following our appearance at ACOS. The two show stoppers at Olympia were the Blueprint Alphamax and Wave cabinets, the latter featuring a 4k state of the art curved screen.” She added: “Great cabinets or hardware not only look stunning serving as the first visual reference for players, but they also enable content creators to produce games with strong graphic content. We have got bespoke content on The Wave cabinet which will only go onto The Wave cabinet. Pegasus Rising is our first game that utilises the full screen with all reels and there is much more to come. We will continue to ensure that Blueprint delivers proven games from our content library as well as providing the market with a pipeline of new content, developed to meet the needs of each demographic group.”

In addition to hardware and content, the third element of the digital proposition is the relationship that exists between the aesthetics of the game and the environment in which it is featured as Andy Tipple Head of Product at sister company, Praesepe explained: “Praesepe is in the midst of a major £15m AGC investment programme which has raised the bar in terms of the customer experience. Outstanding retail propositions demand outstanding contemporary designed product. Gaming machines that have such a strong appeal are part of the quality offer that consumers demand. As part of the Gauselmann Group we have contributed our player insight back into the extensive R&D programme that’s been undertaken and are delighted that the end result is so overwhelmingly positive.”

Alongside the Wave, Blueprint’s Alphamax represents an upgrade of the Alphastar, featuring an improved note acceptor, new HD edge-to-edge monitors, an updated button panel and reconfigured security features. “With the Alphamax, we’ve worked hard after listening to our customers in order to enhance the player experience.” stated Wallbank. “There are fewer buttons, it’s all on screen, and it is characterised by generally smoother processes, particularly with note acceptance. The world’s getting more impatient with waiting for things to load, waiting for games to load, waiting for credit to load, we wanted to make the whole process quicker.”

“Both the Wave and the Alphamax represent really striking cabinets,” said Wallbank. “They both have the Gauselmann brands and themes running through them, and they represent a clear mark of intent and commitment to the market as we head into 2020.”

Blueprint is on the crest of a Wave