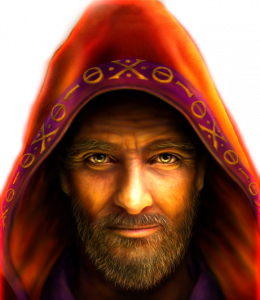 Convertus Aurum is an Alchemy themed slot game. The game can be played at 20p, 50p, £1 or £2 stakes per game with 10 possible win lines over 5 reels

To win a game the player needs to match three or more of any symbol on a win line. All prizes pay left to right on a win line except CAULDRON which pays as Scatter.

The ALCHEMIST symbol can substitute in wins for any other symbol.

The maximum prize that can be won from a single Base game or in total from Feature game is £500.

To trigger the Feature the player needs 3 or more CAULDRON symbols in any position on screen. The Feature gives the player 10, 15 or 20 free games for 3, 4 or 5 scattered CAULDRON respectively.

During the free games, an ALCHEMIST appearing on screen will convert all royals (A, K, Q, J and 10) to GOLD.

At the end of each game and Feature where a prize was won the player has the option of gambling their win up to five times by correctly predicting RED or BLACK. For each correct guess the player’s possible prize doubles, if the player’s guess is incorrect the entire prize is lost.

The player can choose to take their prize and return to the Base game after each successful gamble.

If the prize won from the game or Feature exceeds £250 the player will not be given the option to gamble as the gamble prize would exceed the £500 prize limit. 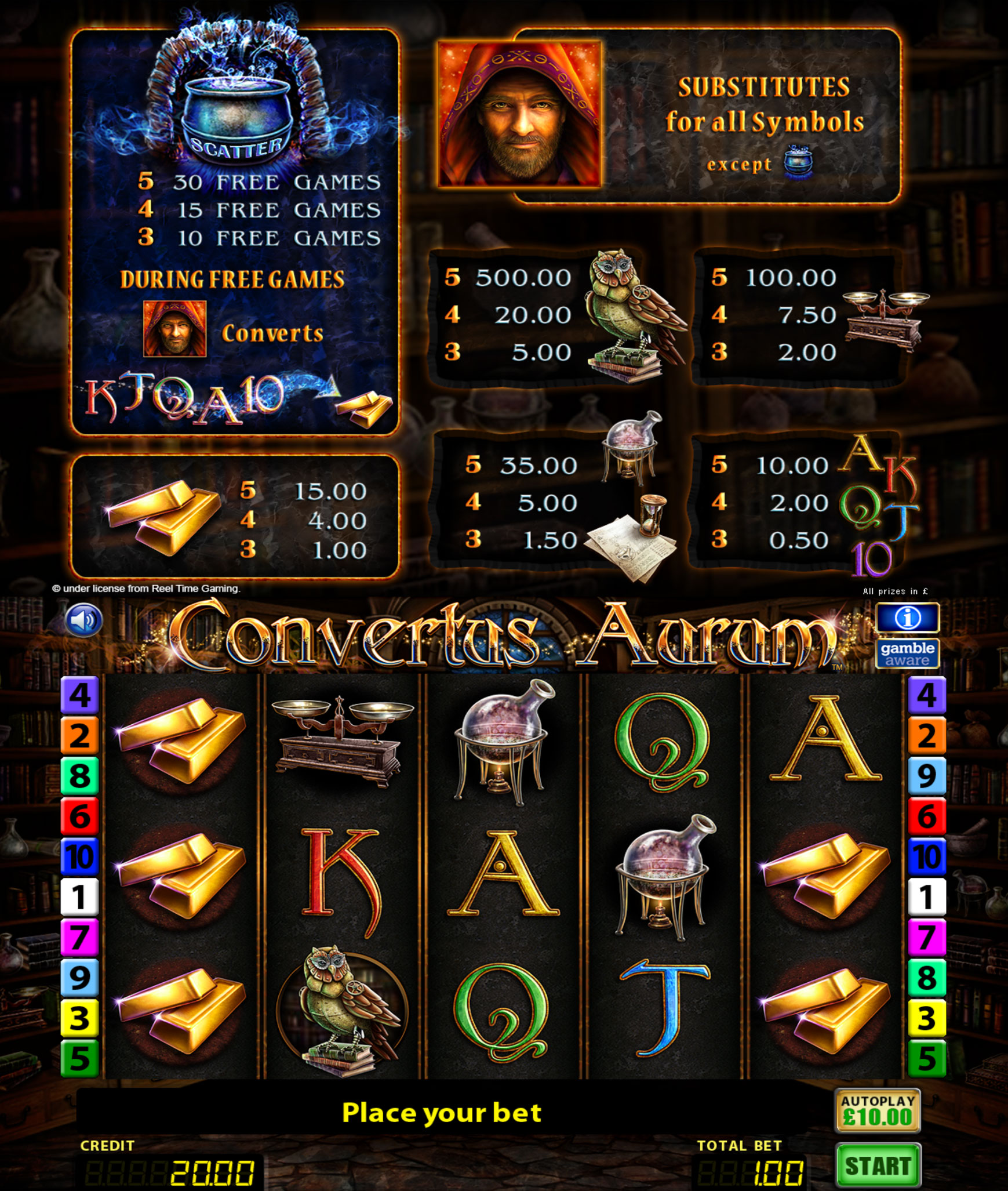