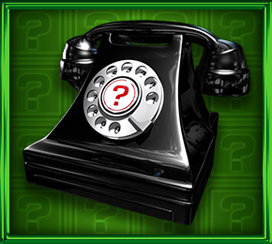 Take the famous hot seat and you could win powerful prizes in Deal or No Deal Lightning Spins!

Strike lucky and you could win one of four pots in this exciting 10 line slot.

Deal or No Deal

When the SCATTER symbol lands within reels 1, 3 & 5, the Deal or No Deal feature is activated. Within the feature, a selection of boxes are presented, each with an unknown corresponding award displayed on screen. A box is selected, then the other boxes are removed one by one in rounds of selections, removing it’s corresponding award. After each round of selections, the banker will offer an amount based on the awards remaining. Accepting the offer ends the bonus. When only two boxes remain, the original box can be opened to reveal an award. 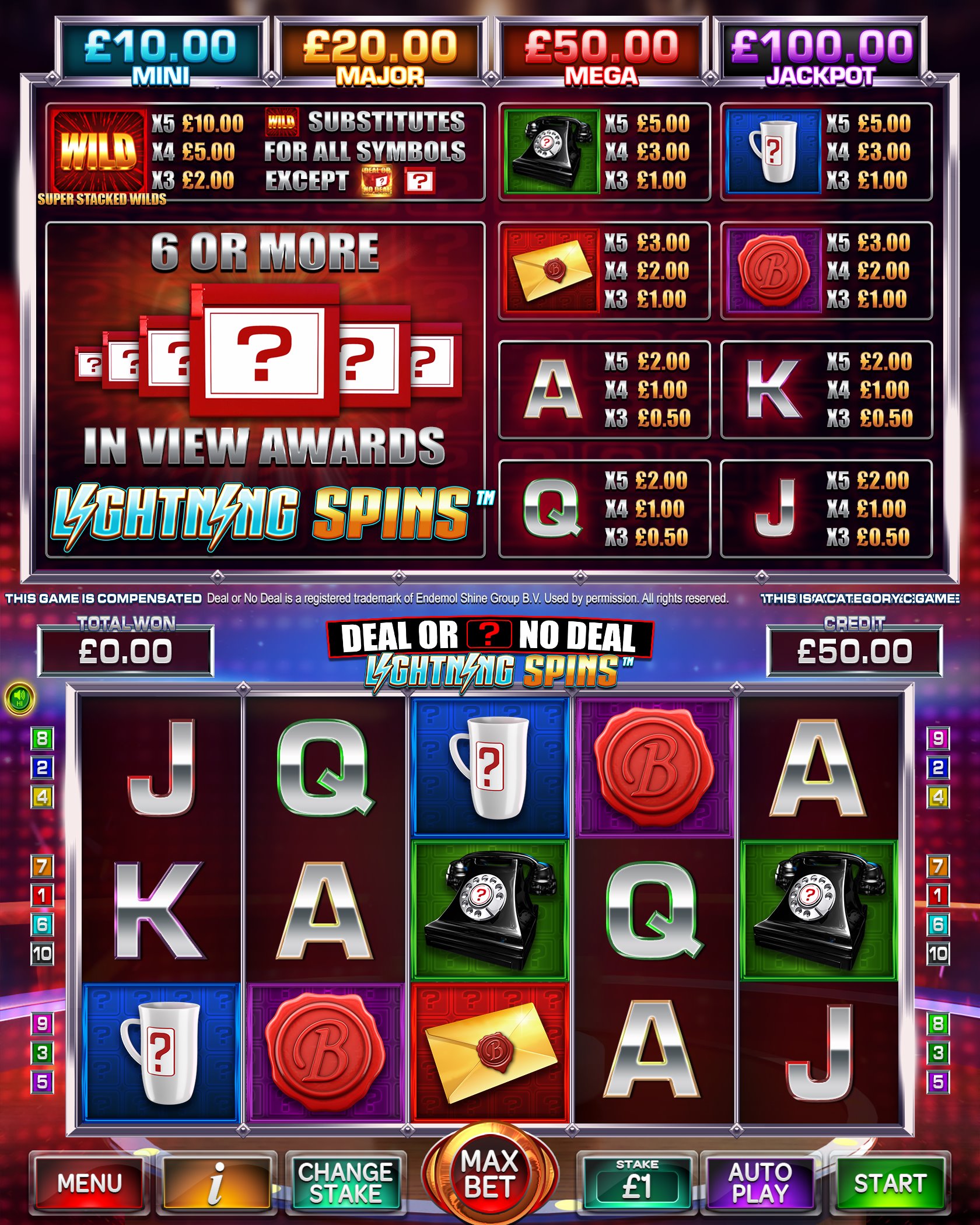