Luck O’ the Irish Quad Spins continues the popular and successful line of games of this theme
introducing Leprechaun symbols where 3 or more anywhere in the window awards the Quad Spins
feature.

This symbol is available on all stakes and replaces as one of the main symbols when landing in the window, giving added chances to create wins from initially losing results.

The number of Quad Spins awarded equals the number of Leprechauns appearing in the window, three, four or five.

Each spin consists of four sets of reels which work as a block. The special interest with this is that the wild symbols of Luck O’ the Irish appearing in first window are replicated and held into all the
other windows, appearing in the second window replicated into the third and fourth and then from the third to the fourth.

So as each spin progresses the possibility to have a good win due to the wild symbols builds higher and higher as wild symbols appear.

The wins form each spin accumulate in the Total Won window 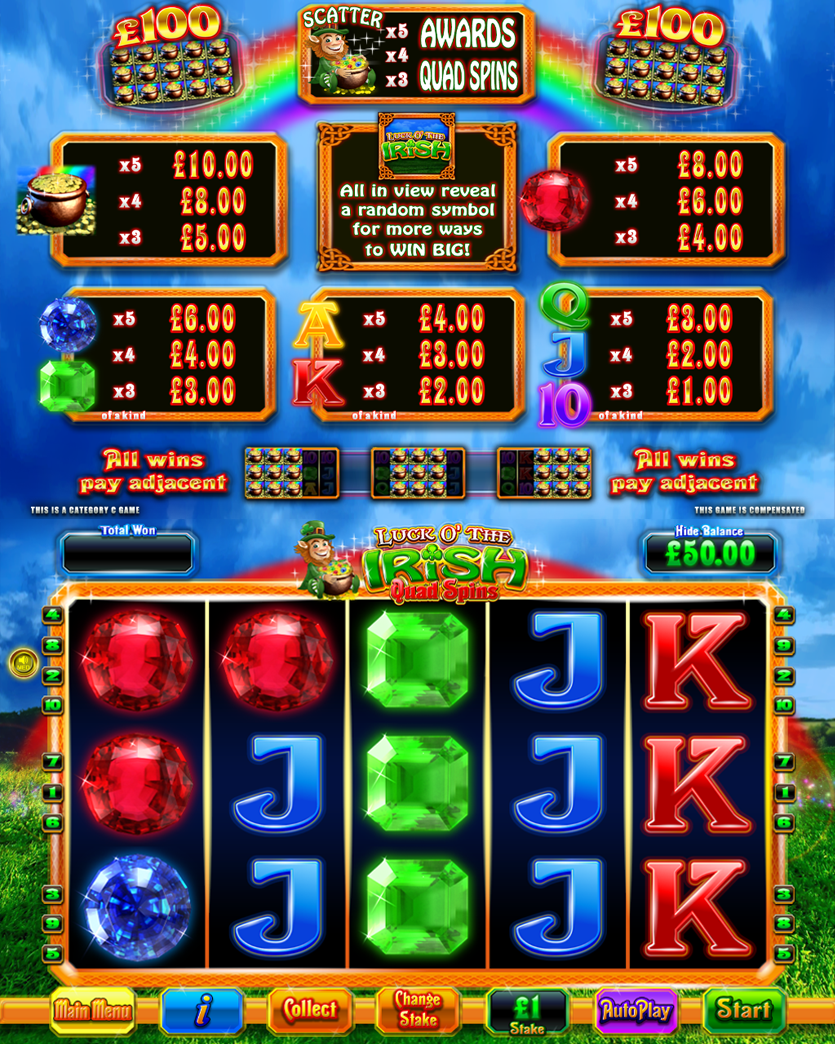