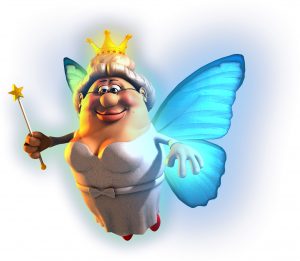 Packed full of features, a win is more than just a dream, with the Fairy Godmother able to appear at any time to grant one of three wishes. Look out for the Lock & Scroll feature, with locking wins and three levels of prizes.

Pinocchio puppet will appear on the screen and paint WILD over symbols on the reels. There is a chance that the reels will spin again and Pinocchio reappears to add more WILD symbols.

A large gingerbread man character will appear and cover one of the 3 reels. All 3 positions on the reel become WILD. The character can appear on more than one reel and the reels re spin to award more wins.

Puss in Boots will appear on the screen and swipe his sword over some of the reel symbols. These symbols will then become WILD. Any wins resulting from the wilds will be awarded. A re spin can also be awarded.

The Fairy Godmother appears and changes symbols to make a win. A re spin can be awarded and the feature repeated for higher wins.

The pigs climb a ladder and nail pieces of wood over the reel apertures displaying cash values. More than one piece can be nailed to the reel symbols. When the cash values have been added to the win total the wolf blows all the pieces of wood from the reels.

Awards 3 free spins, with any bonus symbols landing in view resetting the counter. Bonus symbols award cash wins, and a full screen unlocks the next level of scrolls with bigger prizes available. 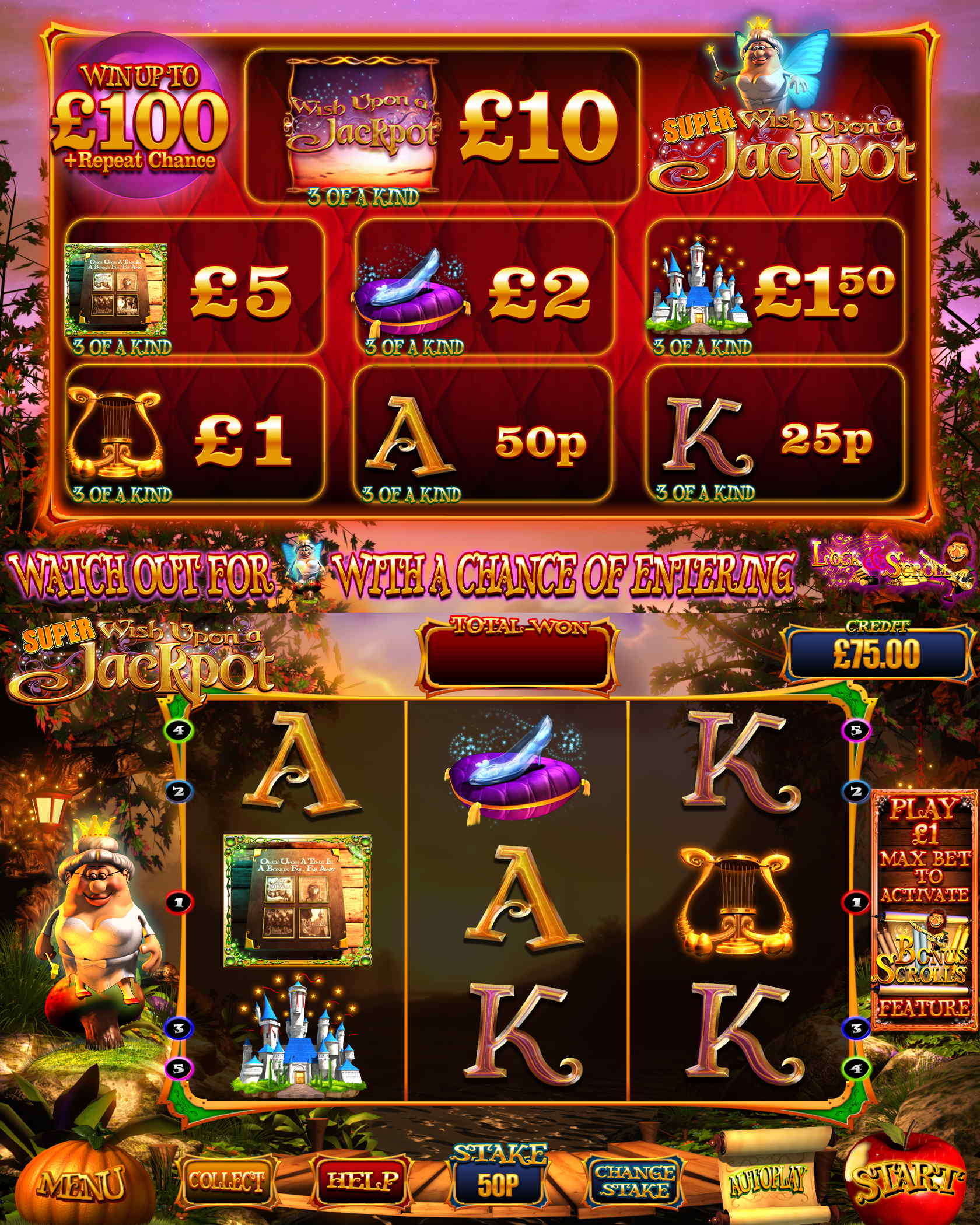 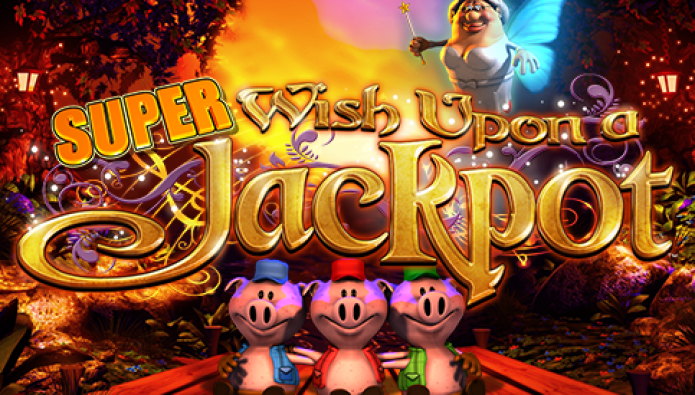