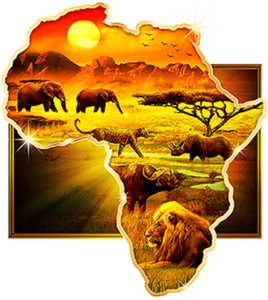 The new game Wild Adventure takes you on an unforgettable adventure in the African savanna. You will not only experience the Big 5 very close, but also use them to hunt big wins.

BASE GAME
During reel spins in the base game landing 3 Africa symbols on the reels awards Free spins where the player gets a choice of which type of free spins game they'd like to play. Also look out for the WILD Lion symbol on the reels as it substitutes for all symbols except scatter.

PICK A FEATURE
Pick a feature is awarded from landing 3 Africa symbols on the reels. A new game screen will be shown where the player can pick either Lion King Free Spins or Leopard Attack Free Spins.

LEOPARD ATTACK
During Leopard Attack Free Spins, 3 reels are randomly highlighted at the start of each spin where the leopard wild can appear, if the Leopard wild appears then that entire reel becomes wild. The Leopard wild substitutes for all symbols. 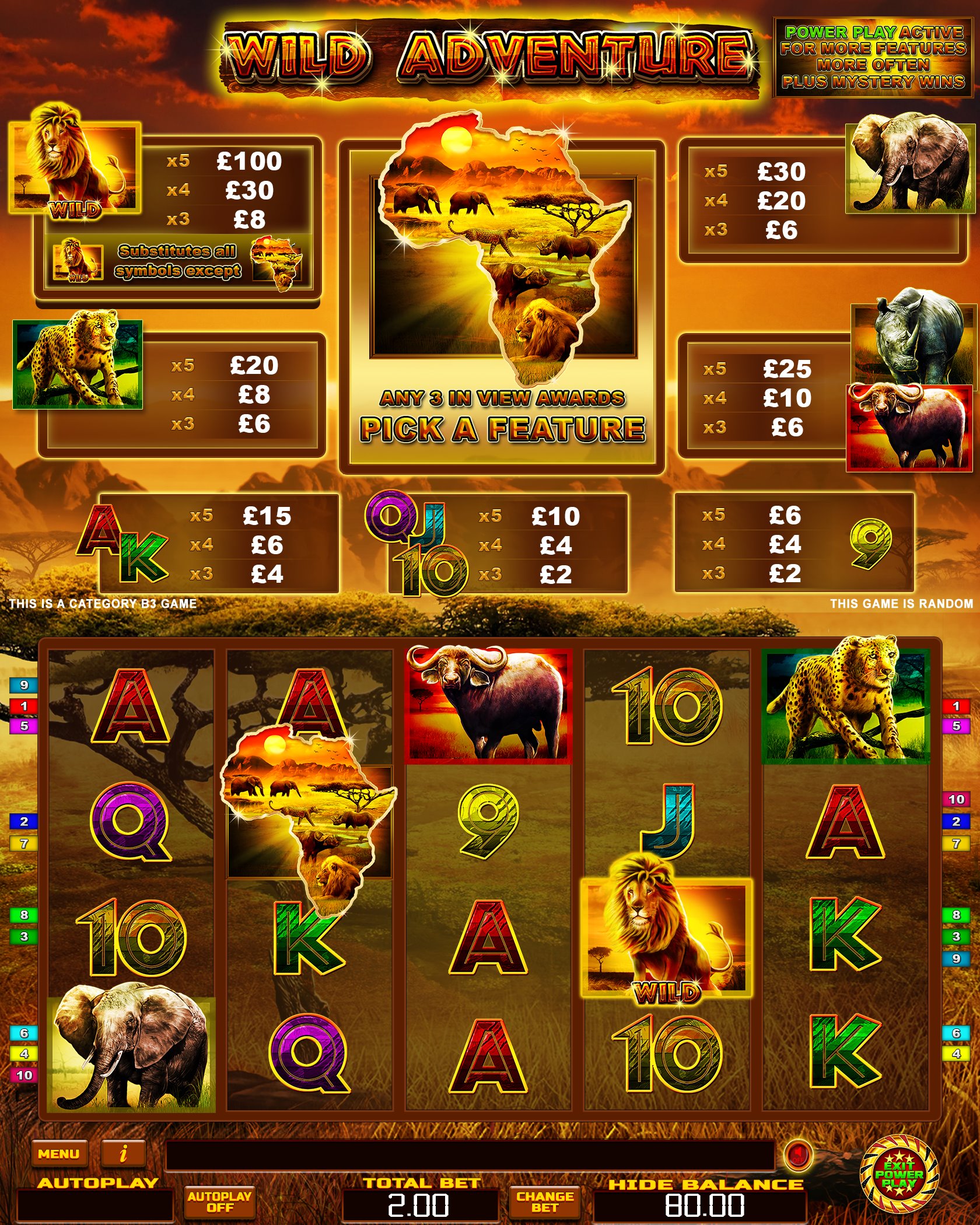